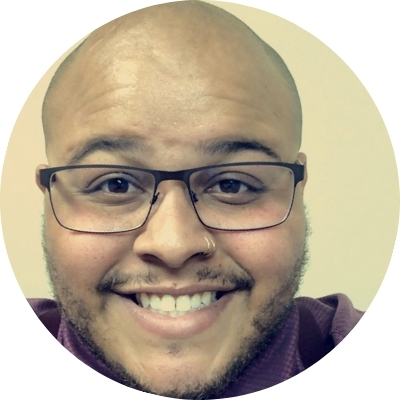 As someone who works with survivors, how do you believe Marsy’s Law will help current victims and survivors of crime?

When working with survivors in Wisconsin, Marsy’s Law helps current victims and survivors of crime by giving them tools and a greater recourse when exercising their rights within the legal system. Left unchecked, the legal system can cause a victim to feel abused, maltreated, or harmed by the law and those who practice it; specifically, those who practice it without regard for the trauma sustained by victims and survivors. The constitutional protections in Marsy’s Law complement a victims’ and survivors’ strength to withstand that system.

In discussing the criminal justice system with victims and survivors, what have you found to be common themes/frustrations for those navigating the system?

When discussing the criminal justice system with survivors and victims, common themes/frustrations for those navigating the system revolve mostly around privacy, dignity, and safety. In my career, I have seen stalking victims have their address released to their stalker because: “it’s the stalkers’ right to know where they can and can’t go”, teenage victims of sexual assault questioned for hours and hours by attorneys on intimate and private events that had little relevance to the crime committed against them, and victims of domestic violence forced to endure a criminal process lasting close to, if not longer than, a year. The rights of the accused often eclipse the basic human rights of the victims and, even with a presumption of innocence, certain common-sense practices such as those enshrined in Marsy’s Law give survivors footing on shifting terrain.

Which component of Marsy’s Law for Wisconsin stands out most to you and why?

The right to confer with the attorney for the government has always been, in my view, the most critical right afforded victims in the State of Wisconsin. In our profession, we encounter a significant number of cases, often with similar facts and where the elements of the laws that apply appear clear. This leads to repetition in everything from the style of prosecution and defense, to the sentencing recommendations offered by different parties. The criminal justice system may refer to these as “standards”; however to a victim, justice often looks different than it does for us. The right to confer offers the victim the opportunity to be heard, and have their hopes and fears understood. This act reminds the prosecution of the humanity and variability of victims and survivors and creates a more comprehensive path towards justice.

As you've worked to spread awareness about Marsy's Law in Wisconsin, what has been the response from those you work with and in your community?

As a Legal Advocate in Wisconsin, I am fortunate to advocate for victims in the first state to pass a Crime Victim Rights Bill where we have worked diligently ever since to enforce and execute those previously statutory rights. The growing pains associated with that fight have scarred over and then opened again at different times; however, in our community of Eau Claire, we at Bolton Refuge House have built a robust network of governmental and private partners who are committed to upholding the rights of victims and survivors. This heritage of cooperation has been filled with compromise and sacrifice, but with the ratification of Marsy’s Law, we as Wisconsinites have reaffirmed our commitment to victims and survivors. Of course, there are those who believe we have tipped the scales of justice too far but, for those of us who have witnessed time and time again the devastation the criminal justice system imposes on victims and survivors, the commitment provided in Marsy’s Law to protect the rights of victims no less vigorously than the rights of the accused may finally bring about the equity we have been attempting to establish since the first Crime Victim’s Rights Bill was passed in 1980.

This Perspective was originally published in the Marsy's Law for All national newsletter.